In this post, you will learn about the concept of R-Squared in relation to assessing the performance of multilinear regression machine learning model with the help of some real-world examples explained in a simple manner.

Let’s take an example of a real-world scenario where we went out for shopping some sarees, for the upcoming festival, with our Grandma. We went to a local shop and asked the shopkeeper to show us some sarees. He showed us the Banarasi Sarees. We got doubts on whether this is an authentic Banarasi Saree and what should be its probable price in which we could buy the Saree irrespective of the price quoted by the shopkeeper. We thought the shopkeeper was quoting a very high price. By the way, the diagram below represents a sample Banarasi Saree. 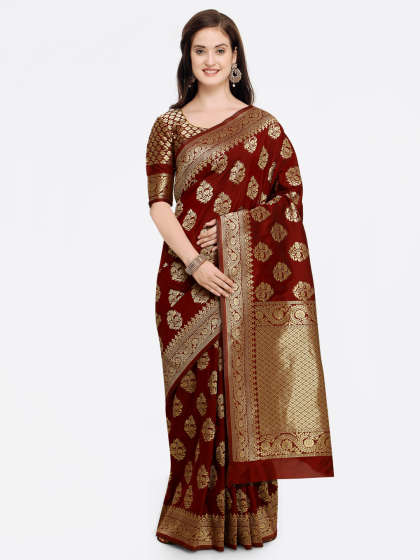 Grandma will use her past experience of several years to answer the above questions by using different criteria (features). In order for a machine to make predictions, we will need to transform the problem into mathematical functions. The challenge is to approximate mathematical functions which would help us classify whether or not the saree is a banarasi saree, and predict the price of the saree. For this post, we will deal with the problem related to predicting the price of the saree.

This is what is done by Grandma to predict the price of the Saree. The following could also be seen as the features in the machine learning terminologies.

After all the above considerations, she predicted a couple of prices for the Sarees. We wanted to buy the Saree in the price predicted by our Grandma. Given this scenario, the shopkeeper might choose to reject the predicted prices based on the following:

In the above equation,

One may note that adding predictors to the regression model would always result in an increase in the value of R-Squared, even if those variables are only weakly associated with the response. Thus, there is another related concept known as Adjusted R-Squared which increases only if the predictor added to the regression model has a significant impact. Otherwise, the value of adjusted R-Squared decreases with the addition of predictor variables.