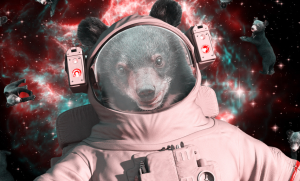 Large language models (LLM) have been gaining traction in the world of natural language processing (NLP). These models are trained on large datasets, which contain hundreds of millions to billions of words. LLMs, as they are known, rely on complex algorithms that sift through large datasets and recognize patterns at the word level. This data helps the model better understand natural language and how it is used in context. Through this understanding, these models can generate more accurate results when processing text. Let’s take a deeper look into understanding large language models and why they are important.

What are large language models (LLM) and how do they work?

Large language models are rapidly transforming natural language processing (NLP) by enabling the development of powerful pretrained models for a range of tasks. These large neural networks have the ability to ingest vast amounts of text data and automatically generate semantic representations, allowing them to map large swaths of language onto some form of meaning. This capability has enabled large-scale NLP research, with large pre-trained language models such as BERT and GPT-2 replacing scarce in-house training data and laborious feature extraction processes with large linguistic datasets used to train giant neural networks. As a result, large pre-trained language models are revolutionizing NLP research and making it easier than ever before to create sophisticated machine learning applications that leverage large amounts of text data.

Large language models rely on neural networks – specifically, deep learning networks – to process natural language. They use recurrent neural networks (RNNs) to parse through the data and generate predictions about what words will come next in a sentence or phrase. The larger the dataset, the more information that can be fed into the network for analysis. This makes for more accurate results since the model has more data to work with.

While traditional NLP algorithms typically only look at the immediate context of words, LLMs consider large swaths of text in order to better understand the context. For example, if a sentence reads ‘She was walking with an umbrella’, an LLM can better understand the meaning and context of ‘umbrella’ by looking at sentences surrounding it. This allows LLMs to more accurately interpret the data they are presented with. By using large pretrained models, such as different versions of GPT-3 or BERT mentioned in later section, LLMs can provide high levels of accuracy in areas from sentiment analysis to natural language generation. They can even be used for tasks as complex as summarization and question answering. When constructing large language models, parameters such as batch size and learning rate will need to be considered so that enough data is taken into account for accurate results. With careful tuning, large language models provide powerful capabilities for natural language processing projects – making them essential components for today’s AI applications.

Large language models can be used for a variety of tasks such as sentiment analysis, question answering systems, automatic summarization, machine translation, document classification, text generation, and more. For example, an LLM could be trained on customer reviews to identify sentiment in those reviews or answer questions about the products or services offered by the company based on customer feedback. Additionally, an LLM could be used to generate summaries of lengthy documents or translate them into another language. Furthermore, an LLM could also be used to classify documents into different categories based on their content or generate entirely new text based on existing texts.

Here are some examples of large language models:

Training large language models is an important part of Natural Language Processing (NLP). Large language models (LLM) utilize large datasets to learn the structure and relationships between words in a language. This can be performed using various algorithms, such as recurrent neural networks or transformers. During the training process, LLMs are “fed” large text datasets that have been previously labeled with parts-of-speech information and other derived natural language features like grammar relations. They then use these datasets to make predictions about future data points related to unseen data points. To optimize performance, LLMs may employ techniques such as weight normalization, batch normalization, layer normalization, and dropout. Generally, these large language models train faster and better than smaller models due to their larger dataset capabilities; however, it is important for the consistency of a large model’s output that the dataset used for training is sufficiently large and varied. All in all, large language models enable NLP systems to build more powerful models with greater predictive accuracy than ever before.

Large language models are powerful tools for processing natural language data quickly and accurately with minimal human intervention. These models can be used for a variety of tasks such as sentiment analysis, question answering systems, automatic summarization, machine translation, document classification and more. With the right training set and hyperparameter tuning these models can achieve impressive results in a relatively short period of time making them invaluable for many different applications involving natural language processing (NLP). NLP researchers and specialists should definitely familiarize themselves with large language models if they want to stay ahead in this rapidly evolving field. All in all, large language models play an important role in NLP because they enable machines to better understand natural language and generate more accurate results when processing text. By utilizing AI technology such as deep learning neural networks, these models can quickly analyze vast amounts of data and deliver highly accurate outcomes that can be used for various applications in different industries.

I have been recently working in the area of Data analytics including Data Science and Machine Learning / Deep Learning. I am also passionate about different technologies including programming languages such as Java/JEE, Javascript, Python, R, Julia, etc, and technologies such as Blockchain, mobile computing, cloud-native technologies, application security, cloud computing platforms, big data, etc. For latest updates and blogs, follow us on Twitter. I would love to connect with you on Linkedin. Check out my latest book titled as First Principles Thinking: Building winning products using first principles thinking
Posted in Data Science, Machine Learning, NLP.