This article represents concepts and related instructions, code example/sample in relation to Cross-site scripting (XSS) security vulnerabilities in Angular app and how to prevent XSS attacks. This instruction in this article is valid for Angular 5.* and Angular 4.* versions.

Before we get started, read the related details on XSS on this page, Top 10 Angular security Best Practices.

This article will look into some of the following details in relation to XSS vulnerability and how attacks due to XSS can be prevented using Angular out-of-the-box utilities.

What is Cross-site Scripting (XSS) Attack?

Take a look at the following scenario: 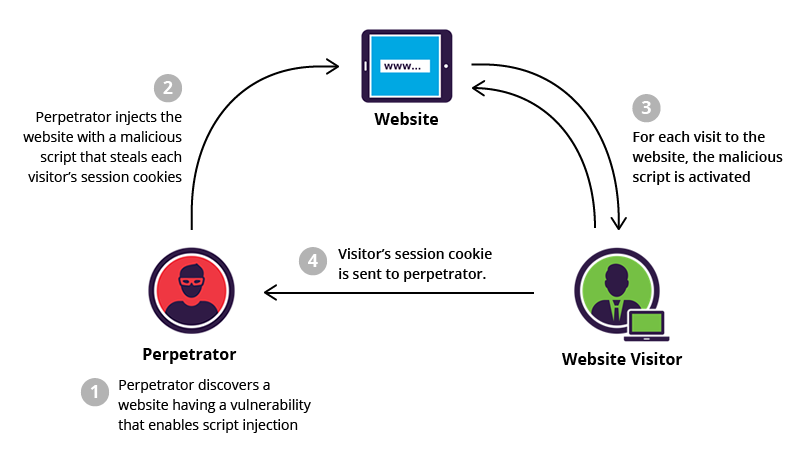 We will look into how Angular helps prevent the attack due to following different types of XSS vulnerabilities:

Angular considers all data as untrusted data. Thus, by default, it sanitizes all data. This essentially means that any HTML tags found in your data is escaped. In order for you to still be able to show up HTML data on your page as it is, Angular recommends using different techniques such as using DOMSanitizer API etc., to sanitize the data such that data iss transformed in the form which is safe enough to be inserted into the DOM tree. This is discussed later in this article.

The primary requirement for avoiding XSS attack is to prevent untrusted data (malicious script/code) from getting injected into the DOM tree. Attackers able to enter such malicious script into DOM tree can said to have successfully carried out XSS attack.