The most trivial way to understand What is Blockchain is to visualize Blockchain as a crude form of the Linked List data structure that we read in one of our engineering classes.

Simply speaking, a Blockchain can be defined as a linked list of a group of transactions (block) which is connected with each other using hash pointers rather than pointers as in the case of the linked list.

The following diagram represents the Blockchain. 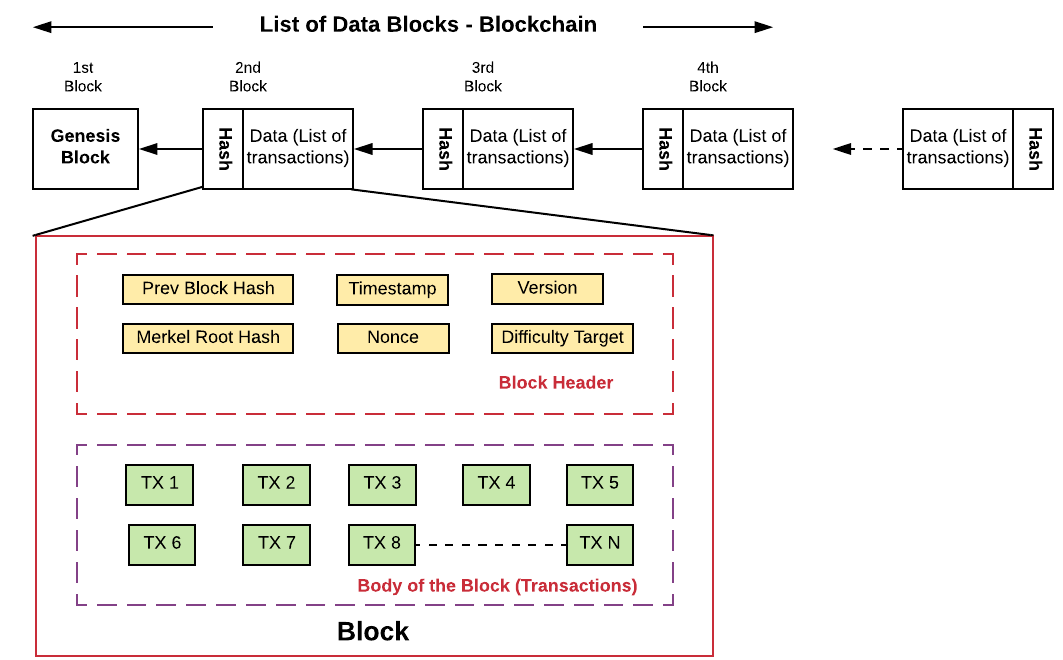 Note some of the following characteristics of a block:

Note some of the following similarity between Linked List and Blockchain.

Did you find this article useful? Do you have any questions or suggestions about this article? Leave a comment and ask your questions and I shall do my best to address your queries.