In this post, you will learn about what is proof of work in a Bitcoin Blockchain.

Simply speaking, the proof of work in computing is used to validate whether the user has put enough effort (such as computing power) or done some work for solving a mathematical problem of a given complexity, before sending the request. For example, Go to any online SHA 256 calculator tool and try using a random number with the text “Hello World” as shown in the below screenshot. If the difficulty target is set as the hash value starting with one zero, you could see that the random number 10 results in hash value starting with zero. The number 10 is guessed in the ransom manner.

Hypothetically speaking, the following is the mathematical representation:

The following diagram represents the proof of work in Bitcoin Blockchain. 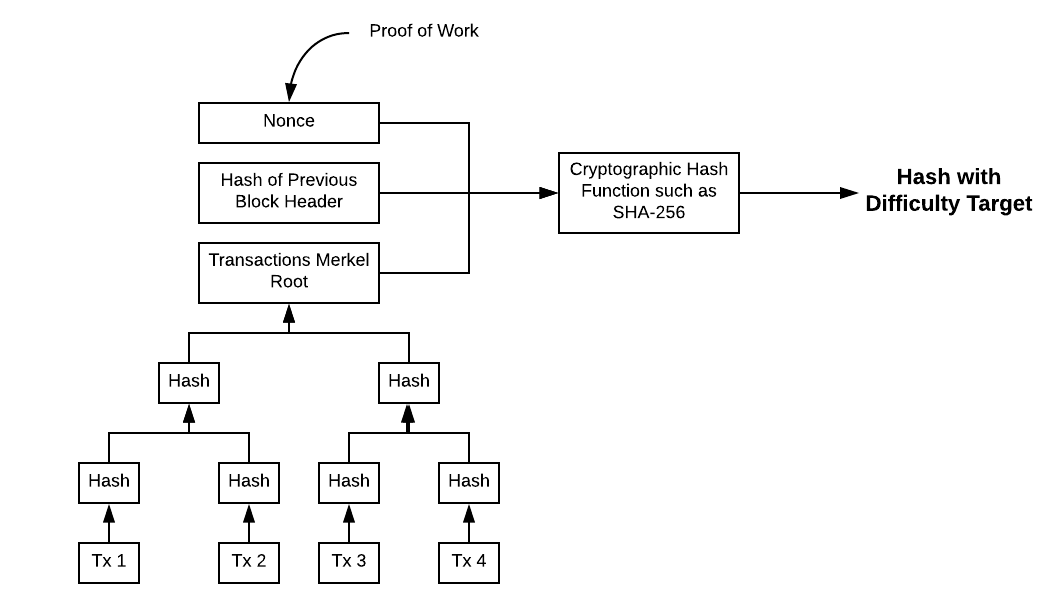 The following are some important details: