This blog presents tips and techniques on how to set up environment for deploying Java web app on Google AppEngine using GCloud SDK. Same environment can as well be used for deploying Spring boot web app. Following steps are described later:

Login to Google Cloud Console. Create new Appengine project as shown in the screenshot given below.

Above represents the Google cloud console dashboard. Menu lists down the already existing projects you may have created. In above diagram, the project such as Tutosphere is displayed. Click on three dots on Menu. This would open up another window listing down all the projects and a + button to add new project as shown in the screemshot show below:

Click on + (plus) button to add new project. Another dialog box will open up as shown in the diagran given below. Give a project name and create the project. 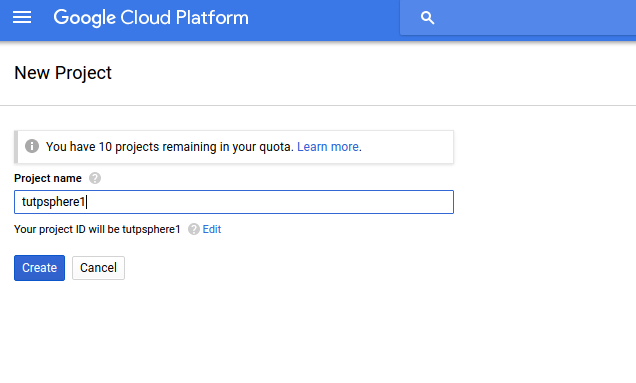 Executing following command would take you to the google website and ask you to authorize with one of the accounts. Choose account using which you access the Google Cloud Console.

Execute following command with the copied project id and set the project. Command such as gcloud config set is used to set Cloud SDK property. In the command given below, Cloud SDK project property is set.