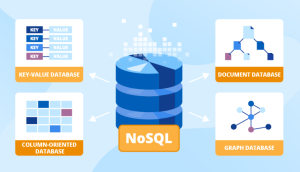 With the proliferation of big data, there has been a corresponding increase in the number of NoSQL databases. For those who are new to the term, NoSQL databases are non-relational databases that are designed to handle large amounts of data. In this blog post, we will take a look at some of the most popular NoSQL databases.

MongoDB is a powerful NoSQL database system that offers a flexible data model and scalability. It is a document-oriented database, which means that data is stored in JSON-like documents. MongoDB is a popular choice for web applications that need to store large amounts of data. MongoDB is easy to use and offers various important features:

One can access all the learning resources related to MongoDB on this page – MongoDB university.

Couchbase is a NoSQL document-oriented database system. It is available on the cloud and comes up with lot of value-added services. It is an open-source project and is notable for its cross-platform compatibility. Couchbase Server, the company’s flagship product, is built on an Apache CouchDB core. The key features of Couchbase Server are its scalability, high performance, and rich query language support. Couchbase also offers a number of other products, including Couchbase Mobile, Couchbase Sync Gateway, and Couchbase Eventing Service. While Couchbase is often compared to other NoSQL databases, such as MongoDB and Cassandra, it has a number of unique features that make it a powerful tool for many applications.

Couchbase is a popular choice for Internet of Things (IoT) applications, mobile apps, and real-time web applications. It is also very easy to use, with a simple SQL-like query language that makes it straightforward to work with data stored in the database.

HBase is a non-relational, NoSQL database that runs on top of Hadoop. It is an open-source project that is part of the Apache Hadoop ecosystem. HBase is designed to provide quick access to large amounts of data. HBase features include: Automatic sharding of data across Hadoop nodes, Opportunistic locks to allow many readers and a single writer, Easy to use Java API for client access, Bulk imports of HFiles (Hadoop’s native file format), Coprocessors to enable user-defined filters, functions, and aggregation.

HBase can be used as the primary datastore for Hadoop applications or as a complement to Hadoop’s HDFS file system. HBase is not meant to replace HDFS; rather, it is meant to provide random real-time read/write access to very large datasets. When used in concert with HDFS and MapReduce, HBase provides a complete big data solution.

Redis is an open source, in-memory data structure store and NoSQL database that is often used as a key-value store. Redis features include built-in transactions, publish/subscribe messaging, and support for Redis Cluster. Redis features include support for data types such as strings, hashes, lists, and sets. Redis also has built-in support for atomic operations. Redis is written in C and has been designed to be fast and scalable. Redis is often used as a cache or a message broker. Redis can be used with programming languages such as Python, Ruby, and Java. Redis also supports disk persistence, which means that data will not be lost if the server is restarted. Redis can be used in a variety of applications, such as caching, session management, gaming Leaderboards, Geospatial indexes, and much more.

Neo4J is a powerful open-source graph database that is rapidly gaining popularity in the NoSQL world. Unlike traditional relational databases, Neo4J does not use tables and columns to store data. Instead, it uses a graph data model, which consists of nodes (vertices) and relationships (edges). This unique data model makes Neo4J well suited for applications that require highly connected data, such as social networks, fraud detection, and recommendations. Neo4J is also very scalable, meaning it can handle large amounts of data and high levels of traffic.

Neo4j is ACID-compliant and supports transactional commits and rollbacks of individual statements and transactions. Neo4j comes with a web-based user interface called Neo4j Browser that provides an interactive Neo4j console apart from visualizing Neo4j data structures such as nodes and relationships. In addition, Neo4j can be embedded in software that uses the Java Virtual Machine, making Neo4j accessible to software written in other programming languages. Some of the use cases of Neo4J are fraud detection, real-time recommendations, master data management (MDM), network analysis & visualization etc.

Amazon DynamoDB is a fully managed NoSQL database service that provides fast and predictable performance with seamless scalability. DynamoDB automatically scales up or down to meet demand, so customers can use it without having to provision or change capacity in advance. Amazon DynamoDB provides comprehensive security and compliance features to help you meet your organizational needs. You can encrypt your data at rest using Amazon SSE or AWS KMS and control access to your tables using IAM policies. Amazon DynamoDB integrates with AWS CloudTrail to give you full visibility into all Amazon DynamoDB API calls made by or on behalf of your account in your AWS account. Amazon DynamoDB is a HIPAA Eligible Service, meaning that it can be used to store protected health information (PHI) under the Health Insurance Portability and Accountability Act (HIPAA). Amazon DynamoDB is also compliant with the Payment Card Industry Data Security Standard (PCI DSS). Amazon DynamoDB is available in multiple regions worldwide and supports cross-region replication. With cross-region replication, you can replicate your table data across multiple Amazon Regions to build global applications with low latency while maintaining local data availability.

There are many different types of NoSQL databases available, each with its own strengths and weaknesses. In this blog post, we have looked at some of the most popular NoSQL databases. When choosing a NoSQL database for your application, it is important to consider your needs and choose the database that best meets those needs.

I have been recently working in the area of Data analytics including Data Science and Machine Learning / Deep Learning. I am also passionate about different technologies including programming languages such as Java/JEE, Javascript, Python, R, Julia, etc, and technologies such as Blockchain, mobile computing, cloud-native technologies, application security, cloud computing platforms, big data, etc. For latest updates and blogs, follow us on Twitter. I would love to connect with you on Linkedin. Check out my latest book titled as First Principles Thinking: Building winning products using first principles thinking
Posted in Big Data, Database, NoSQL.