This article talks about techniques used at Facebook.com to serve the static resources such as CSS, JS and Images files when someone accesses Facebook.com. If you are one of the developer at Facebook and worked on related modules, and disagree with one or more aspects of this article, please drop a message and I shall change the same appropriately. The article is aimed to present a perspective on how to handle the web static resources, based on how it is handled at facebook.com. Thank you for reading it further. Following is how the code used to look like for few years after the launch:

How Static Resources Got Managed in Initial Years of Facebook (source: Phabricator.com)

However, as facebook started growing, the above way of managing the CSS & JS files needed to be changed because of following reasons:

Most of the startup websites adopt the above mentioned strategy as in the initial days one is least bothered about performance bottlenecks and management issues and more concerned about validating the idea in general. Fair enough!

The CSS & JS files started getting managed by what is called as a Haste system.  As per the documentation, the haste system is used to scan the directories, read the package.json file for configuration changes, gather the dependencies and update a map of static resources for the given webpage. This solved the issue of manually  Following represents sample code on how Haste system use to manage the dependencies and bundle them in form of updating the map with the bundled data. 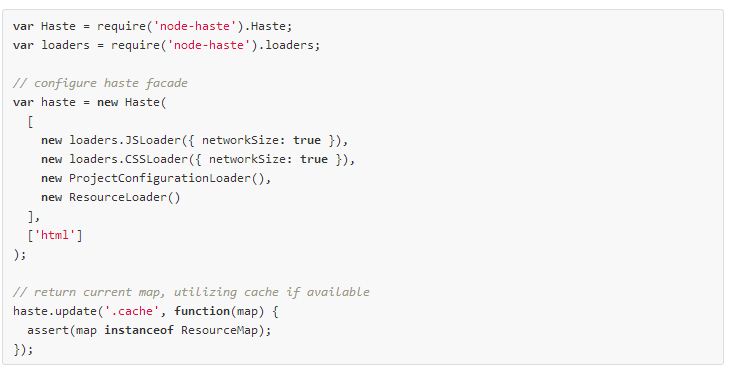 Along with Haste system, following were some additional optimization techniques that got adopted along the same time.

Facebook started growing further across geographies as a result of which they started delivering webpages using 1000s of web servers.  As a result, following started appearing as some of the challenges:

Following is pictorial representation of the problem/inconsistencies in relation with users having stale copies of resources in their browser cache and, thus, not getting consistent look and feel of the page: 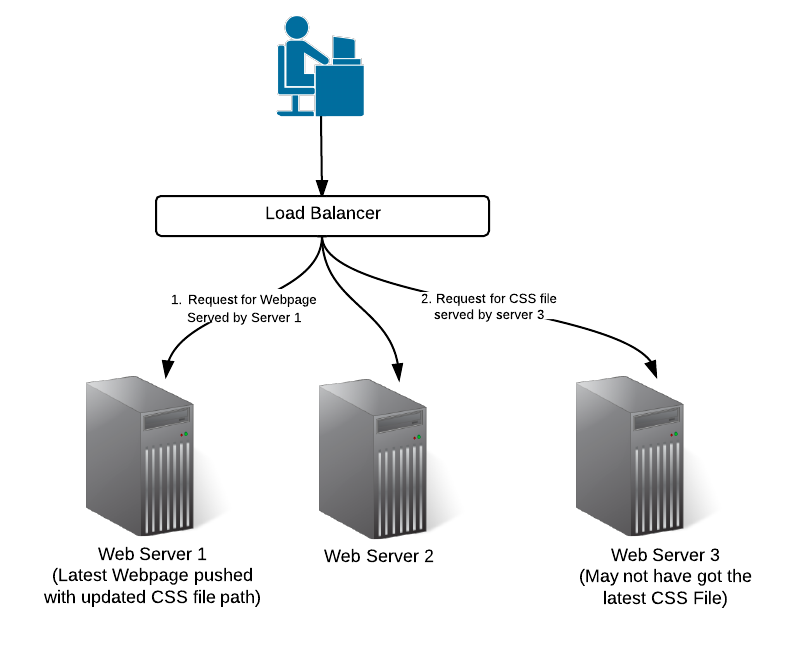 In the figure above, you may see that as user is trying to access the resource files, some of the resource files may not have got pushed in the appropriate servers where the request for the resource files came. This would have lead to what is termed as poisoned cache with stale resources for new version. To fix the above issue, facebook moved to the following technique: