This article represents steps and related code samples to deploy an Angular app (created with Angular 2.*, Angular 4.* or Angular 5.*) with a Spring Boot / Spring Web app as one deployable unit (war file) on the web server such as Tomcat, Jetty etc.

The following are the two different strategies which can be used for deploying web app built with Angular 5.* (and previous versions such as Angular 4.* or Angular 2.*) used for doing client side programming and Spring boot with Spring Web for server-side programming.

In this article, we will learn as to how to deploy Angular and Spring Web app as one deployable unit (WAR file). 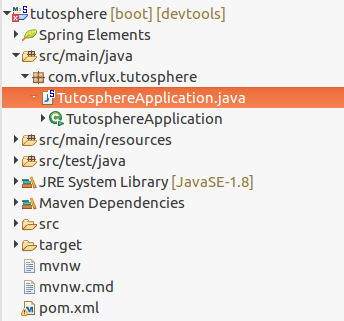 Note that this will lead to the creation of following files/artifacts (bundles) under dist folder. These files will later be copied into Spring target folder.

Place following code within pom.xml. This would ensure that Angular app artifacts as shown in above section gets copied during execution of command such as mvn install.

Make a note of the following:

One can come up with simplistic script such as following to deploy the Angular app artifacts frpm within Angular folder:

Save above script as helloworld-client/deploy.sh. Change the permission and execute the script to deploy continuously and have Spring app access the most recent artifacts.