Operability is also one of the key characteristic of software quality requirements and evaluation standards (SQUARE).

What is Source Code Operability

McCabe complexity is defined in terms of Cyclomatic Complexity (CC) of the code. The cyclomatic complexity of a section of source code is the count of the number of linearly independent paths through the source code.

I shall explain Cyclomatic complexity with examples in one of the upcoming blogs. CC is measured in terms of numbers ranging from 1 – 100 or more.

How can the source code operability be measured in terms of CC?

There are tools such as Sonar which helps you to measure the code complexity on ongoing basis. However, one can also calculate the complexity factor as following:

Following is a simplistic example representing above formula: 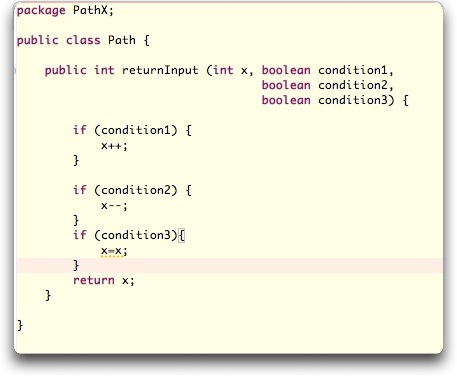 What is the code complexity for above block of code?