This article represents high level concepts in relation with Vector data type in R programming language along with code samples. For those new to R language, it should be noted that R provides a console-based platform to perform analysis on data. R can be seen as a programming language for data scientist.
Please feel free to comment/suggest if I missed to mention one or more important points. Also, sorry for the typos.

Following are the key points described later in this article:

Vector, in R, can be defined as a collection of things of same data type. Simply speaking, it can be looked upon as a list of things of same data type. For example, a collection of numbers, say, odd numbers such as 1, 3, 5, 7, 9 or character sets such as “apple”, “google”, “microsoft”. Vectors can be of following different types:
In R, “c” is used to represent the collection. “c” at times is considered as short form of “concatenate” or “combination” or “collection”.
For example, c(1,3,5,7,9) or c(“apple”, “google”, “microsoft”). Following is how it is represented in R.

Consider an example of doctors with following details: 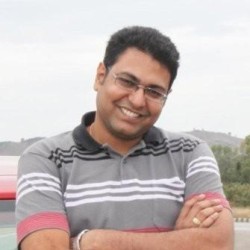 Abhimanyu Shukla
Associate Architect at Alliance Global Services
Abhimanyu has been working extensively on different microsoft technologies for past 7-8 years.

Abhimanyu has been working extensively on different microsoft technologies for past 7-8 years.
Posted in Big Data. Tagged with Data Science, r.