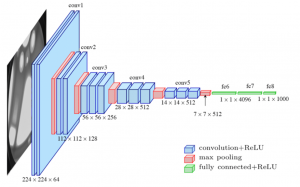 The CNN architectures are the most popular deep learning framework. CNNs are used for a variety of applications, ranging from computer vision to natural language processing. In this blog post, we will discuss each type of CNN architecture in detail and provide examples of how these models work. Even before we get to learn about the different types of CNN architecture, let’s briefly recall what is CNN in the first place?

The following are definitions of different layers shown in the above architecture:

CNNs are often used for image recognition and classification tasks. For example, CNNs can be used to identify objects in an image or to classify an image as being a cat or a dog. CNNs can also be used for more complex tasks, such as generating descriptions of an image or 1 identifying the points of interest in an image. CNNs can also be used for time-series data, such as audio data or text data. CNNs are a powerful tool for deep learning, and they have been used to achieve state-of-the-art results in many different applications.

The following is a list of different types of CNN architectures:

LeNet: LeNet is the first CNN architecture. It was developed in 1998 by Yann LeCun, Corinna Cortes, and Christopher Burges for handwritten digit recognition problems. LeNet was one of the first successful CNNs and is often considered the “Hello World” of deep learning. It is one of the earliest and most widely-used CNN architectures and has been successfully applied to tasks such as handwritten digit recognition. The LeNet architecture consists of multiple convolutional and pooling layers, followed by a fully-connected layer. The model has five convolution layers followed by two fully connected layers. LeNet was the beginning of CNNs in deep learning for computer vision problems. However, LeNet could not train well due to the vanishing gradients problem. To solve this issue, a shortcut connection layer known as max-pooling is used between convolutional layers to reduce the spatial size of images which helps prevent overfitting and allows CNNs to train more effectively. The diagram below represents LeNet-5 architecture.

The LeNet CNN is a simple yet powerful model that has been used for various tasks such as handwritten digit recognition, traffic sign recognition, and face detection. Although LeNet was developed more than 20 years ago, its architecture is still relevant today and continues to be used.

AlexNet: AlexNet is the deep learning architecture that popularized CNN. It was developed by Alex Krizhevsky, Ilya Sutskever, and Geoff Hinton. AlexNet network had a very similar architecture to LeNet, but was deeper, bigger, and featured Convolutional Layers stacked on top of each other. AlexNet was the first large-scale CNN and was used to win the ImageNet Large Scale Visual Recognition Challenge (ILSVRC) in 2012. The AlexNet architecture was designed to be used with large-scale image datasets and it achieved state-of-the-art results at the time of its publication. AlexNet is composed of 5 convolutional layers with a combination of max-pooling layers, 3 fully connected layers, and 2 dropout layers. The activation function used in all layers is Relu. The activation function used in the output layer is Softmax. The total number of parameters in this architecture is around 60 million.

ZF Net: ZFnet is the CNN architecture that uses a combination of fully-connected layers and CNNs. ZF Net was developed by Matthew Zeiler and Rob Fergus. It was the ILSVRC 2013 winner. The network has relatively fewer parameters than AlexNet, but still outperforms it on ILSVRC 2012 classification task by achieving top accuracy with only 1000 images per class. It was an improvement on AlexNet by tweaking the architecture hyperparameters, in particular by expanding the size of the middle convolutional layers and making the stride and filter size on the first layer smaller. It is based on the Zeiler and Fergus model, which was trained on the ImageNet dataset. ZF Net CNN architecture consists of a total of seven layers: Convolutional layer, max-pooling layer (downscaling), concatenation layer, convolutional layer with linear activation function, and stride one, dropout for regularization purposes applied before the fully connected output. This CNN model is computationally more efficient than AlexNet by introducing an approximate inference stage through deconvolutional layers in the middle of CNNs. Here is the paper on ZFNet.

GoogLeNet: GoogLeNet is the CNN architecture used by Google to win ILSVRC 2014 classification task. It was developed by Jeff Dean, Christian Szegedy, Alexandro Szegedy et al.. It has been shown to have a notably reduced error rate in comparison with previous winners AlexNet (Ilsvrc 2012 winner) and ZF-Net (Ilsvrc 2013 winner). In terms of error rate, the error is significantly lesser than VGG (2014 runner up). It achieves deeper architecture by employing a number of distinct techniques, including 1×1 convolution and global average pooling. GoogleNet CNN architecture is computationally expensive. To reduce the parameters that must be learned, it uses heavy unpooling layers on top of CNNs to remove spatial redundancy during training and also features shortcut connections between the first two convolutional layers before adding new filters in later CNN layers. Real-world applications/examples of GoogLeNet CNN architecture include Street View House Number (SVHN) digit recognition task, which is often used as a proxy for roadside object detection. Below is the simplified block diagram representing GoogLeNet CNN architecture: 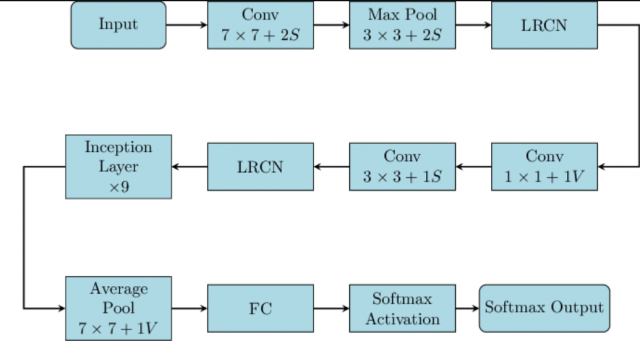 VGGNet: VGGNet is the CNN architecture that was developed by Karen Simonyan, Andrew Zisserman et al. at Oxford University. VGGNet is a 16-layer CNN with up to 95 million parameters and trained on over one billion images (1000 classes). It can take large input images of 224 x 224-pixel size for which it has 4096 convolutional features. CNNs with such large filters are expensive to train and require a lot of data, which is the main reason why CNN architectures like GoogLeNet (AlexNet architecture) work better than VGGNet for most image classification tasks where input images have a size between 100 x 100-pixel and 350 x 350 pixels. Real-world applications/examples of VGGNet CNN architecture include the ILSVRC 2014 classification task, which was also won by GoogleNet CNN architecture. The VGG CNN model is computationally efficient and serves as a strong baseline for many applications in computer vision due to its applicability for numerous tasks including object detection. Its deep feature representations are used across multiple neural network architectures like YOLO, SSD, etc. The diagram below represents the standard VGG16 network architecture diagram: 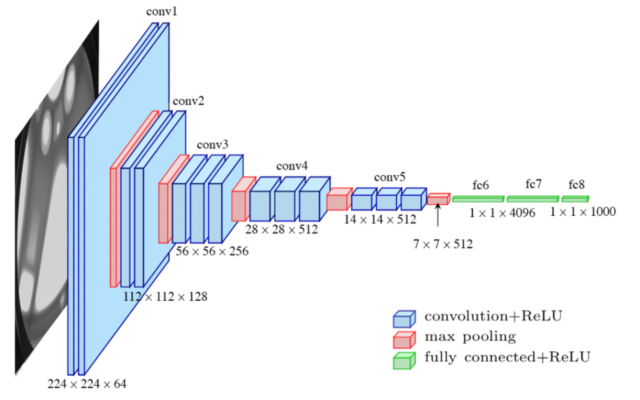 ResNet: ResNet is the CNN architecture that was developed by Kaiming He et al. to win the ILSVRC 2015 classification task with a top-five error of only 15.43%. The network has 152 layers and over one million parameters, which is considered deep even for CNNs because it would have taken more than 40 days on 32 GPUs to train the network on the ILSVRC 2015 dataset. CNNs are mostly used for image classification tasks with 1000 classes, but ResNet proves that CNNs can also be used successfully to solve natural language processing problems like sentence completion or machine comprehension, where it was used by the Microsoft Research Asia team in 2016 and 2017 respectively. Real-life applications/examples of ResNet CNN architecture include Microsoft’s machine comprehension system, which has used CNNs to generate the answers for more than 100k questions in over 20 categories. The CNN architecture ResNet is computationally efficient and can be scaled up or down to match the computational power of GPUs.

MobileNets: MobileNets are CNNs that can be fit on a mobile device to classify images or detect objects with low latency. MobileNets have been developed by Andrew G Trillion et al.. They are usually very small CNN architectures, which makes them easy to run in real-time using embedded devices like smartphones and drones. The architecture is also flexible so it has been tested on CNNs with 100-300 layers and it still works better than other architectures like VGGNet. Real-life examples of MobileNets CNN architecture include CNNs that is built into Android phones to run Google’s Mobile Vision API, which can automatically identify labels of popular objects in images.

GoogLeNet_DeepDream: GoogLeNet_DeepDream is a deep dream CNN architecture that was developed by Alexander Mordvintsev, Christopher Olah, et al.. It uses the Inception network to generate images based on CNN features. The architecture is often used with the ImageNet dataset to generate psychedelic images or create abstract artworks using human imagination at the ICLR 2017 workshop by David Ha, et al.

I have been recently working in the area of Data analytics including Data Science and Machine Learning / Deep Learning. I am also passionate about different technologies including programming languages such as Java/JEE, Javascript, Python, R, Julia, etc, and technologies such as Blockchain, mobile computing, cloud-native technologies, application security, cloud computing platforms, big data, etc. For latest updates and blogs, follow us on Twitter. I would love to connect with you on Linkedin. Check out my latest book titled as First Principles Thinking: Building winning products using first principles thinking
Posted in Deep Learning, Machine Learning. Tagged with Deep Learning, machine learning.