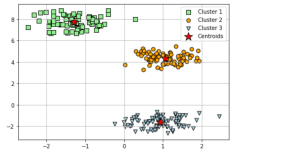 Clustering is a type of unsupervised machine learning technique that is used to group data points into distinct categories or clusters. It is one of the most widely used techniques in machine learning and can be used for various tasks such as grouping customers by their buying habits, creating groups of similar documents, or finding groups of related genes. In this blog post, we will explore different types / categories of clustering methods and discuss why they are so important in the field of machine learning.

Prototype based clustering represents one of the categories of clustering algorithms that are used to identify groups within a larger dataset. This technique takes its inspiration from prototype theory, which states that the best way to describe a class is by identifying one “prototype” example. Prototype based clustering algorithms create a set of centroids or medoids within the data set to represent each prototype. The centroid represents the average of similar points with continuous features. The medoid represents the point that minimizes the distance to all other points that belong to a particular cluster in the case of categorical features. Using this metric, the algorithm can determine which data points are closest to each other and from that generate clusters.

The techniques such as the elbow method and silhouette plots, can be used to evaluate the quality of  clustering and determine the optimal number of clusters, K. Here is a sample code for creating K-means clusters and potting them along with centroids. Also, find the plot created as part of executing the code.

Hierarchical clustering is another type of unsupervised learning technique that works by creating a hierarchy of clusters in form of hierarchical tree. The advantages of this type of clustering over prototype based clustering are the following:

There are two different kind of hierarchical clustering. They are as following:

Density-based clustering is an algorithm that uses density to identify clusters in datasets where points are close together but have no clear boundaries separating them from other data points. Density based clustering gets its name from DBSCAN. DBSCAN (Density-Based Spatial Clustering of Applications with Noise) is an example of this type of algorithm and it works by assigning each point a minimum number of neighbors before considering it part of a cluster. As the  name implies, density-based clustering assigns cluster labels based on dense regions of points. In DBSCAN, the notion of density is defined as the number of points within a specified radius,

The following is how DBSCAN or density-based clustering works: 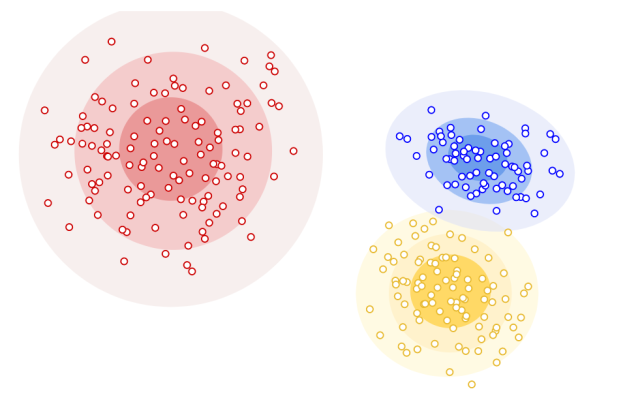 Clustering algorithms are essential tools for any machine learning engineer or data scientist looking to uncover trends and patterns within their dataset without relying on manual labeling or supervised classification methods. By understanding different types of clustering algorithms such as prototype-based, hierarchical, distribution based and DBSCAN, you will be able to apply these techniques to your own projects with confidence and accuracy. With enough practice, you’ll soon be uncovering insights in your data no one else has ever seen before!

I have been recently working in the area of Data analytics including Data Science and Machine Learning / Deep Learning. I am also passionate about different technologies including programming languages such as Java/JEE, Javascript, Python, R, Julia, etc, and technologies such as Blockchain, mobile computing, cloud-native technologies, application security, cloud computing platforms, big data, etc. For latest updates and blogs, follow us on Twitter. I would love to connect with you on Linkedin. Check out my latest book titled as First Principles Thinking: Building winning products using first principles thinking
Posted in Machine Learning. Tagged with Data Science, machine learning, python.