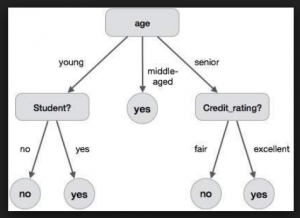 Decision tree is one of the most commonly used machine learning algorithms which can be used for solving both classification and regression problems. It is very simple to understand and use. Here is a lighter one representing how decision trees and related algorithms (random forest etc) are agile enough for usage.

The post also presents a set of practice questions to help you test your knowledge of decision tree fundamentals/concepts. It could prove to be very useful if you are planning to take up an interview for machine learning engineer or intern or freshers or data scientist position.

In this section, you will learn about how to train a decision tree classifier using Scikit-learn. The IRIS data set is used.

The following are some of the questions which can be asked in the interviews. The answers can be found in above text:

In this post, you learned about some of the following:

Did you find this article useful? Do you have any questions about this article or understanding decision tree algorithm and related concepts and terminologies? Leave a comment and ask your questions and I shall do my best to address your queries.