United Nations Climate Change secretariat recently announced that it would be supporting usage of distributed ledger technology (DLT) aka Blockchain for monitoring global climate change. In this relation, on 12 December 2017 in Paris, a multi-stakeholder group of 25 organizations working on distributed ledger technology (DLT, i.e. blockchain) held a meeting to agree to collaborate and establish an open global initiative called the Climate Chain Coalition (CCC).

Given that Global climate change is an issue which needs a lot of trust and transparency between participating countries, Blockchain technology forms the key. Here is a comic strip which represents the same. 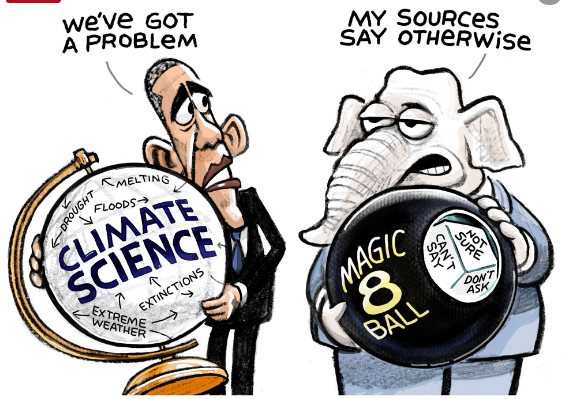 It has to be a permissioned blockchain where participants (one or more members representing different countries, cities, regions, businesses) would be allowed to join and carry out the transactions (read-write into the ledger) in the Blockchain network based on identify verification. One can, however, argue that anyone should be able to access the data if not conduct the write transactions. Permissioned blockchain frameworks such as Hyperledger Fabric can be used to create such Blockchain.

The key to global climate change initiatives are some of the following and how permissioned blockchain could help:

The following is the list of climate action areas where Blockchain technology could help:

In this post, you learnt about aspects of global climate change and how Blockchain technology could be used to benefit the related climate change initiatives.

Did you find this article useful? Do you have any questions about this article or suggestions regarding usage of Blockchain for climate change? Leave a comment and ask your questions and I shall do my best to address your queries.