This post represents best practices in relation to storing documents or files in the Blockchain. The need to determine best practices arises from the fact that business between two or more parties ends up exchanging documents consisting of data related to the agreement, business details etc. One often questions whether one store’s document or file in the blockchain or the hash of the document/file in the Blockchain.

As a best practice, it is not recommended to store the document (PDF format or otherwise) or file in the Blockchain. Different blockchain frameworks limit the size of the block which can be added to the blockchain. Although in blockchain network such as Ethereum, there is theoretically no limit for the block size, blockchain is inherently not meant for data storage because storing large documents will turn out to be computationally very expensive. That said, there are blockchain-like solutions such as Storj which have been designed to store data.

On the other hand, it is recommended to take the hash of the document and store the hash value as part of a transaction within a block in the blockchain. The following diagram represents the same. 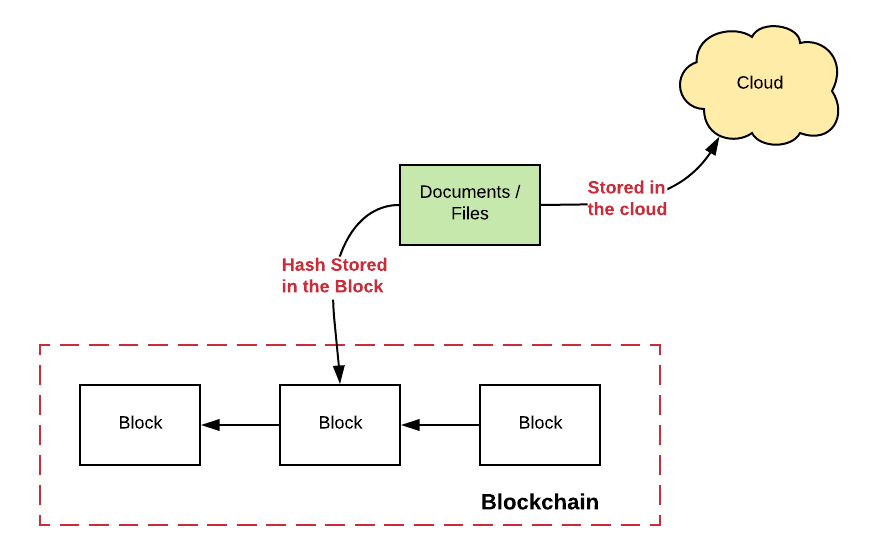 What are benefits of storing the hash of documents in the Blockchain?

The benefits of the above approach are some of the following: