In this post, you would learn about how to quickly get started with Angular 7 hello world app. Here are the steps to build the Angular App. Actually, the steps could be used to build an Angular app with any version of Angular such as Angular 6 or Angular 5. 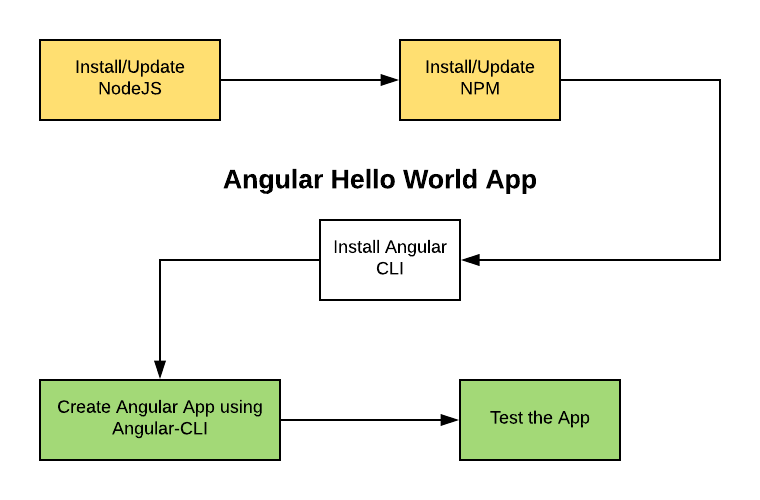 In this post, you learned about steps which could be taken to create your first Hello World App using Angular 7. The important point to note is that one would need to have NodeJS and NPM (Node Package Manager) installed/updated to start working with Angular Apps. It is the Angular-CLI which makes it easy to create an Angular project and create boilerplate code for modules, components etc.