This blog represents concepts and code samples in relation with getting started with ReactJS app. The recommended way of creating react app using create-react-app is illustrated in this blog.

Create-React-App is an officially recommended way to get started with creating new ReactJS Apps. Note that create-react-app uses the NPM package react-scripts for scripts and configurations required to create a ReactJS app.

This would create the ReactJS app under the folder, hello-react-1. The following would be displayed on the command prompt: 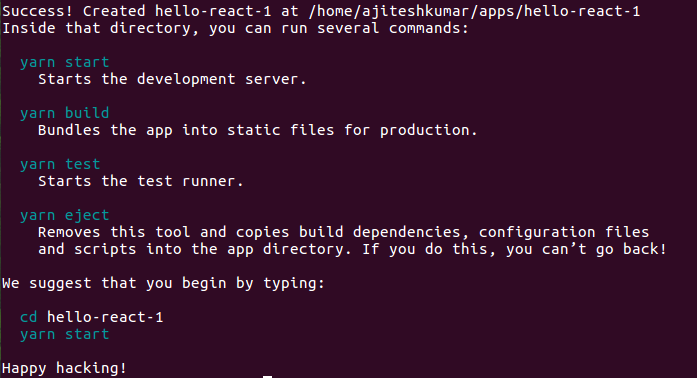 The following is screenshot representing the react app getting started using yarn.

The following command uses npm package manager to start the server. Recall that npm is used to install, share and distribute the code.

Note that start is an alias for react-scripts start. The details can be found in the file package.json. Some of the aliases in package.json are represented as following:

The React app will get opened up in the browser at URL, http://localhost:3000/. Following screenshot represents the app: 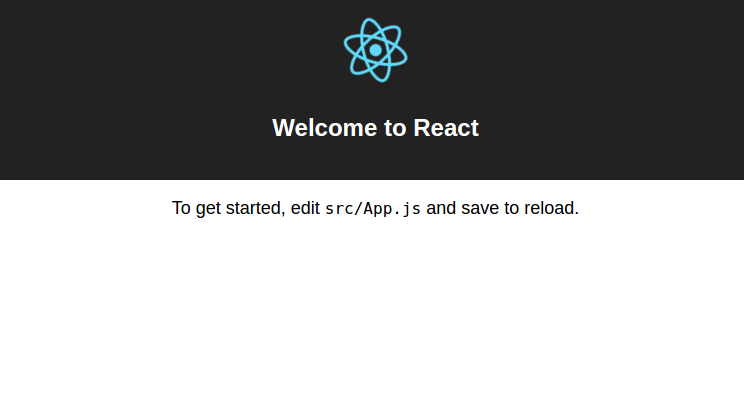 While the yFrom the folder, hello-react-1, open the file src/App.js. Change the h2 title text to “Hello World, Welcome to ReactJS Development”. Save the file and check out the page at http://localhost:3000.

Start writing unit tests execute the same using command such as yarn test or npm test. The following is screenshot: 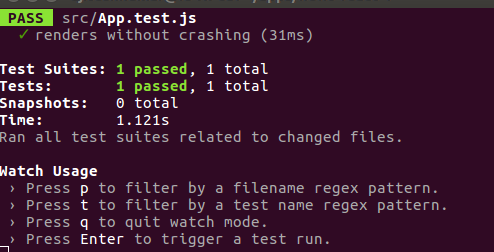