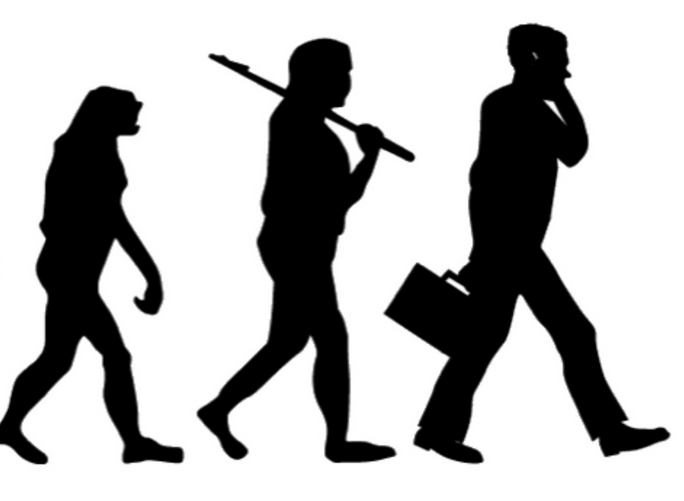 Lets look at some of the following definitions of a Java interface I took from the web at the time of writing this blog.

An interface in the Java programming language is an abstract type that is used to specify an interface (in the generic sense of the term) that classes must implement. Interfaces are declared using the interface keyword, and may only contain method signature and constant declarations (variable declarations that are declared to be both static and final). An interface never contains method implementations (i.e. function “bodies”).

Definition 2: What is an Interface? (Oracle page)

In its most common form, an interface is a group of related methods with empty bodies. A bicycle’s behavior, if specified as an interface, might appear as follows:

And, now, see the following definition that has been taken from docs.oracle.com which describes Java interface in a contradictory manner.

Which of the above definitions are TRUE?

Well, all of the above definitions are TRUE but with respect to different Java versions. Someone needs to update WIKIPEDIA page titled Interface(Java) and Oracle page with the mention of Java 8 version and changed interface definition.

What is Interface in Java?

Asking that question may be incorrect. One may need to specify the Java version. So, lets rewrite the question.

What is Interface in Java 8?

Interface in Java 8 is a reference type that contains abstract methods, default methods, and static methods apart from constants and nested types. Read this page to know various details on Java Interface.

As a matter of fact, I tried with following code with Java 8 and it worked without any complaints.

Just to make sure, I tried HelloInterface with Java 7 and following screenshots represents the error. 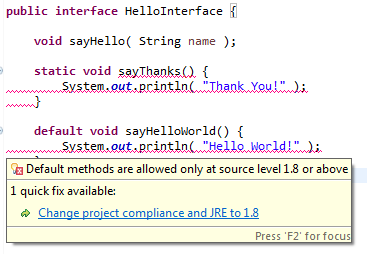 Why Interface in Java had to evolve to contain static and default methods?

Following describes, in brief, the reasons why they decided to include static and default methods in a Java interface:

Default methods are identified by the specifier, default, as shown in above example. Following are key reasons why default methods had to be added in an interface:

And, then, Java 8 Interface Got a New Buddy: Functional Interface

As per the Oracle java docs on this page, following is the definition of functional interface: