The key point to note that the Hyperledger Fabric executes blockchain transactions within a channel. If the channel name is not provided, a default channel name such as mychannel is used.

Bring up the Blockchain Network

Execute the following command to bring the Blockchain network up and running.

Following happens as a result of bringing up the network:

Bring down the Blockchain Network

Following command can be executed to bring down the network 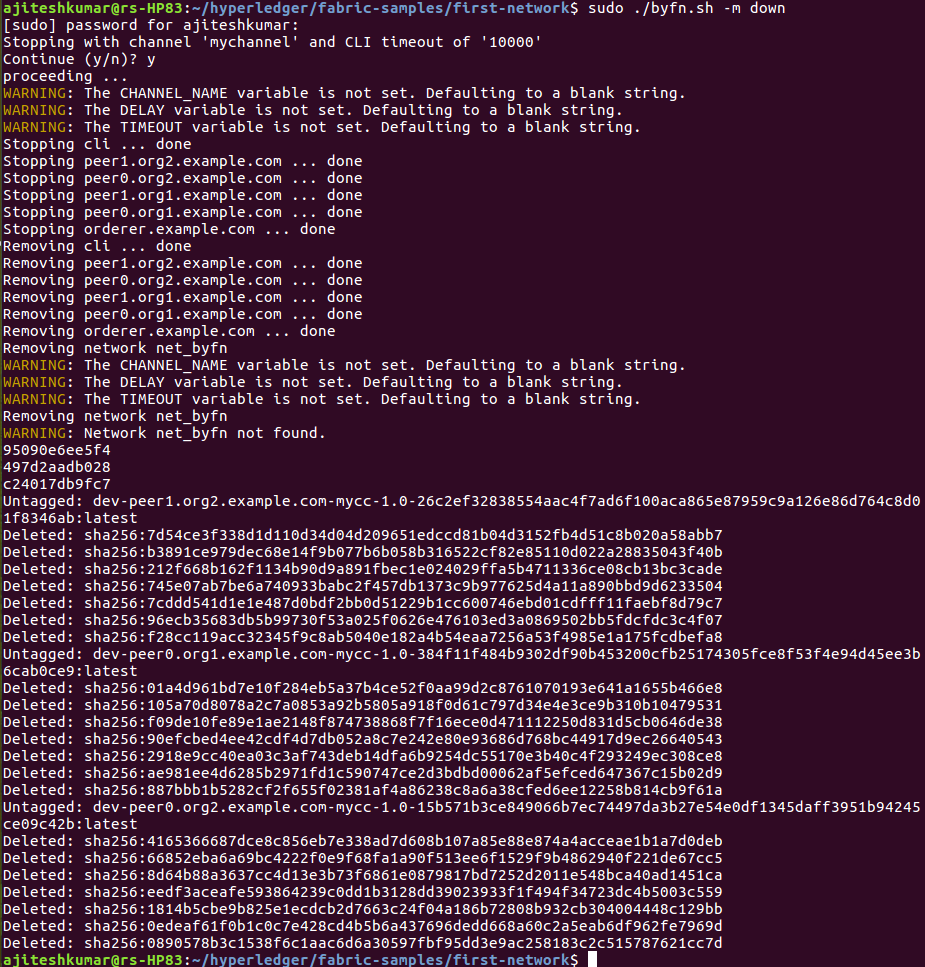 Following represents the docker containers which got started to bring up the network: