By Ajitesh Kumar on November 4, 2014 Web
This article represents top 6 popular AngularJS topics that has been used most by the AngularJS developer community till date. The inference is derived based on number of tagged discussions happening on Stackoverflow. Clearly, “Directive” is the winner and attracts most of them all. The article presents my thoughts on why these topics have been most popular. Please feel free to comment/suggest if I missed to mention one or more important points. Also, sorry for the typos.

Following plot demonstrates the popularity of different feature/topics in relation with AngularJS. 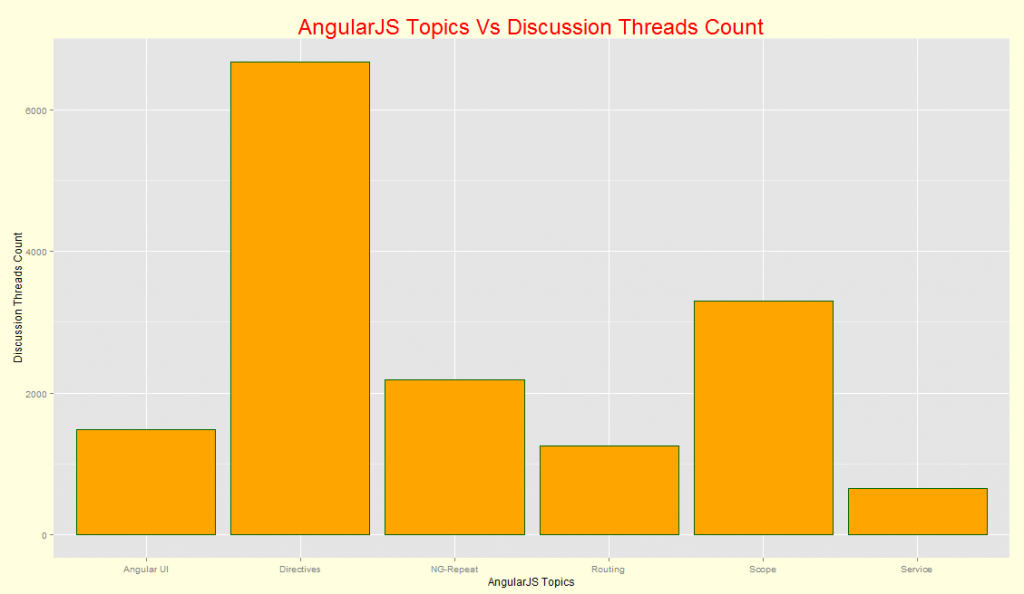 Inference: Some of the following could as well be inferred from the above data/plot.

Thoughts on Why these topics may be most popular

Following are top 6 popular topics in AngularJS discussed on forums such as Stackoverflow: