By Ajitesh Kumar on September 16, 2014 Javascript, Web
This article represents the recommended folder structure that you would want to create/adopt for your next Angular App. Please feel free to comment/suggest if I missed to mention one or more important points. Also, sorry for the typos.
Following are the key aspects of organizing your angularJS app files into the recommended folder structure described and displayed later in this article:
Following is the screenshot of the folder structure from taken from this angular-seed page on github. Pay attention to the description mentioned below. You may as well want to access the github page to understand in detail. 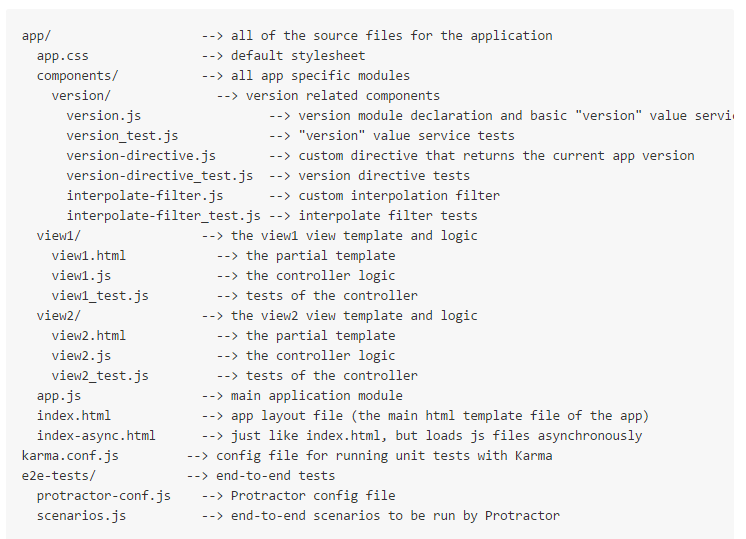