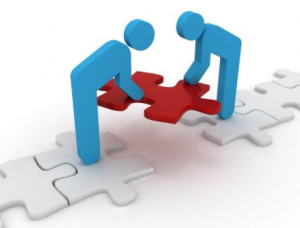 The article lists down top 5 unit testing best practices that one could adopt to be able to write great unit tests with greater code coverage.

Many a times, rookies have been found to start writing unit tests once they have written most of the code, e.g., towards the end of the coding. However, to make the most of unit tests, one should write them as they write the code. This is somewhat different and less difficult than writing tests first and code later as in test-driven development (TDD). Following are some of the advantages of doing “test-along” development:

Traditionally, many a developers have been found to write  unit tests corresponding to every single method in the class. This approach tends to miss out on one or more unit tests testing different use-case scenarios of same functionality. One o fthe primary reason is the naming style which propagates naming based on testXXX where XXX is method name. This could be improved by naming unit tests representing various different use-case scenarios and not just testXXX. In this manner, unit tests would also act as an alternate form of functional requirements documentation. With this approach, it would be helpful for developers to rather use unit tests to understand the code than the code itself.

Various different techniques have been suggested in this regard. Some  of these techniques are listed below:

When reviewing unit tests code, I have come across various cases where unit tests have been written to test just the happy execution paths. To be able to write quality unit tests, one should cover both happy and exception-based/failure execution paths. This would as well increase test coverage.

Mocking enables testing a class in isolation when the class calls one or more classes. This is a pretty cool feature and helps developer avoid doing integration testing thereby testing several dependent classes. Some of the advantages of Mocking are following:

Nidhi has been been actively blogging in different technologies such as AI / machine learning and internet technologies. Her field of interest includes AI / ML, Java, mobile technologies, UI programming such as HTML, CSS, Javascript (Angular/ReactJS etc), open-source and other related technologies.
Posted in Unit Testing. Tagged with Unit Testing.