Why Facebook’s Hack May Fail to Fly With PHP Developers? 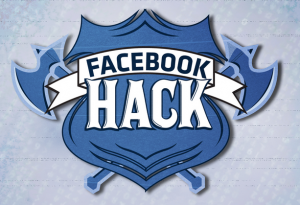 Well, for those innocent souls, I must make it clear that the title of this article has no intentions to point out that Facebook is hacked or so? This is actually about the new programming language, HACK, that Facebook officially launched few days back.

Before I go on to write further, I must thank the Facebook engineering team to have rightfully identified some of the short-comings of PHP programming language and tried to present solutions to them using Hack programming language. However, while I was going through the changes that they made by adding new features to PHP and made it as Hack language, I wondered whether it added more complexity to the language that was meant to be dynamically scripting language made for WEB and, that this would be well received by PHP programmers, in general. Following are some of the key features that have been added:

Mind you that programs written in Hack language would need HHVM, an open-source virtual machine to run. It would not run with PHP.exe.

Why Hack may Fail to Fly?

Following are some of the reasons, in my opinion, due to which HACK may fail to fly with average php developers:

It is a general notion in developers’ community that they prefer to go with adoption of technologies including programming languages which is supported/driven by community rather than a specific organization such as Facebook, Google etc although they make the technology open-source. That said, there have been many frameworks that were open sourced by large companies such as Facebook, Google, Twitter etc which were very well received by developers community at large. However, if it comes down to something such as programming language such as PHP, which has been driven by a large community, this becomes a different ball game all together.

On the similar lines, the very fact that the language is supported by one company may not be good enough reason for PHP developer community to accept as you never really know when they would supporting adding enhancements to the language.

Why Not Use Java & the Likes?

Many features such as nullable types,  static typing, generics, collections etc, bringing greater capability to PHP, seem to be motivated from strongly typed languages such as Java & C#. The primary reasons being cited for adding some of these features are some of the following:

However, the counter argument could be the fact that if the objective is to create enterprise level software/application, why would one opt for PHP like language such as Hack, when you have languages such as Java having so much widespread community support. PHP language sees widespread adoption due to its very nature of loosely typed language vis-a-vis rapid development that it facilitates. That said, it would be unfair to say that enterprise applications could not created with language such as PHP. There have been many examples including Facebook and Yahoo who have trusted on PHP with a caveat that they went on to enhance PHP with their own versions such as HACK to meet the needs for enterprise development.

I, myself, being both a JAVA and PHP developer would prefer to use PHP with all its so-called shortcomings rather than HACK just because of its characteristic such as simplicity and rapid development.

This is my personal opinion with absolutely no intention to disregard HACK and I would love to hear you think.

I have been recently working in the area of Data Science and Machine Learning / Deep Learning. In addition, I am also passionate about various different technologies including programming languages such as Java/JEE, Javascript, Python, R, Julia etc and technologies such as Blockchain, mobile computing, cloud-native technologies, application security, cloud computing platforms, big data etc. I would love to connect with you on Linkedin.
Posted in News, PHP. Tagged with PHP.