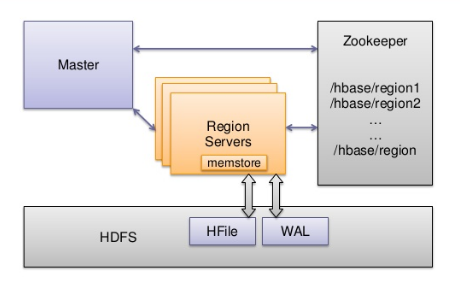 Pay attention to some of the following in relation to above diagram:

Following are three different kinds of servers which form part of HBase setup:

How is HBase related to HDFS?

HFile and WAL (write ahead logs) are written into HDFS data node. The following are some of the scenarios you could see the benefits of storing HFile and WAL as part of HDFS:

How is HBase related to Zookeeper?